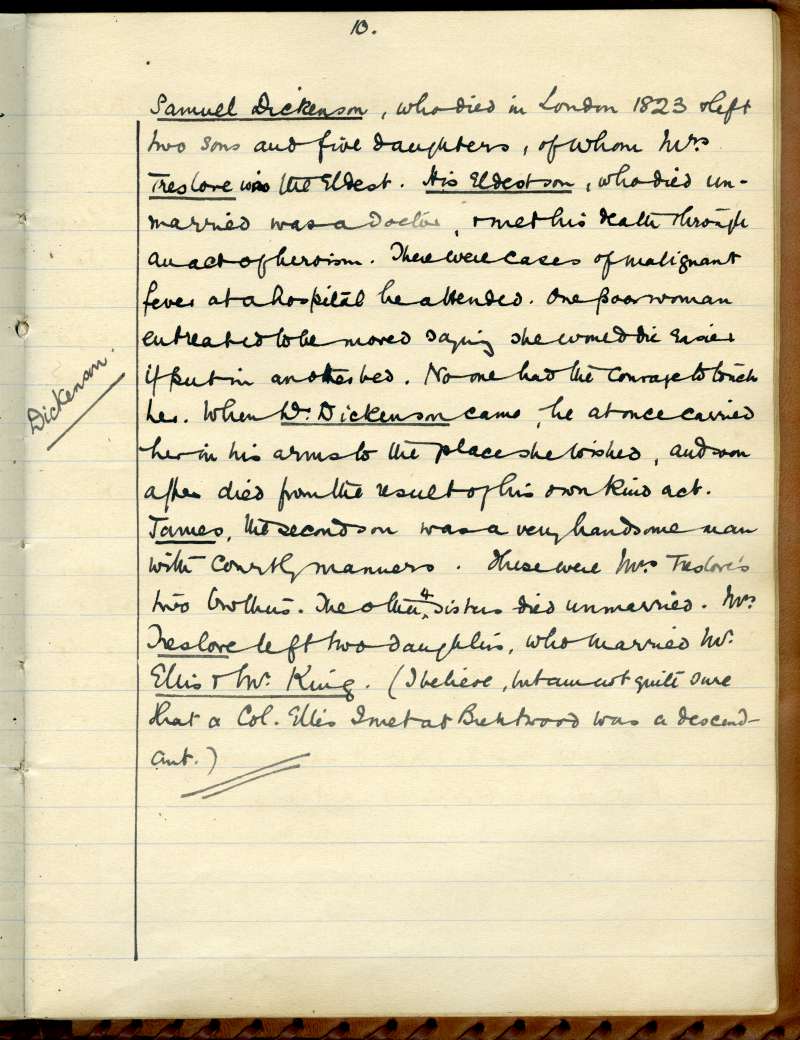 History of the Bean Family Page 10.
Samuel Dickenson, who died in London 1823 and left two sons and five daughters, of whom Mrs Treslove was the eldest. His eldest son, who died unmarried was a doctor, and met his death through an act of heroism. There were cases of malignant fever at a hospital he attended. One poor woman entreated to be moved saying she would die easier if put in another bed. No one had to courage to touch her. When W. Dickenson came, he at once carried her in his arms to the place she wished, and soon after died from the result of his own kind act.

James, the second son was a very handsome man with courtly manners. These were Mrs Treslove's two brothers. Then other 4 sisters died unmarried. Mrs Treslove left two daughters, who married Mr Ellis & Mr King (I believe, but am not quite sure that a Col. Ellis I met at Brentwood was a descendant.)